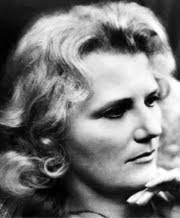 I am reading an article in this old Horror/Fantasy/Science Fiction mag at work. There’s an article about Virginia Andrews, a writer who died in 1986. It is discussing her life and how she came to be a writer. Apparently Virginia was inclined to Visual Arts when she was a child and excelled in that area.
At some point she entered into some kind of mentor situation with a school principal, encouraging her in her interests. While reading this something hit me.
"Remember you've got the talent to do anything you want to do as long as you stick to that one branch. Decide which one you want to follow and lop the other ones off."

Woh!! What a thing to tell someone. This is a concept I have grown up with but not described so viscerally. Why lop those braches? To take the analogy even further; where I grew up there was an old orchard of apple, citrus and plum trees. One of those apple trees had three or four different species of apple grafted onto the one. It would produce apples at different times of the year meaning that the tree was always productive.

As an Artist that works in many different mediums I have always felt that the delivery should be dictated by the idea first. The idea of lopping off potentially fruit giving branches makes me feel uneasy because maybe its the right thing to do. There are only two things that really get me going, and it has always been something I have had to justify putting equal amounts of energy into. Am I giving myself a handicap by doing so?
Posted by Marcel Feillafe at 11:35 AM